Find this article at:
go.ncsu.edu/readext?755676
— Written By Kerry Jones 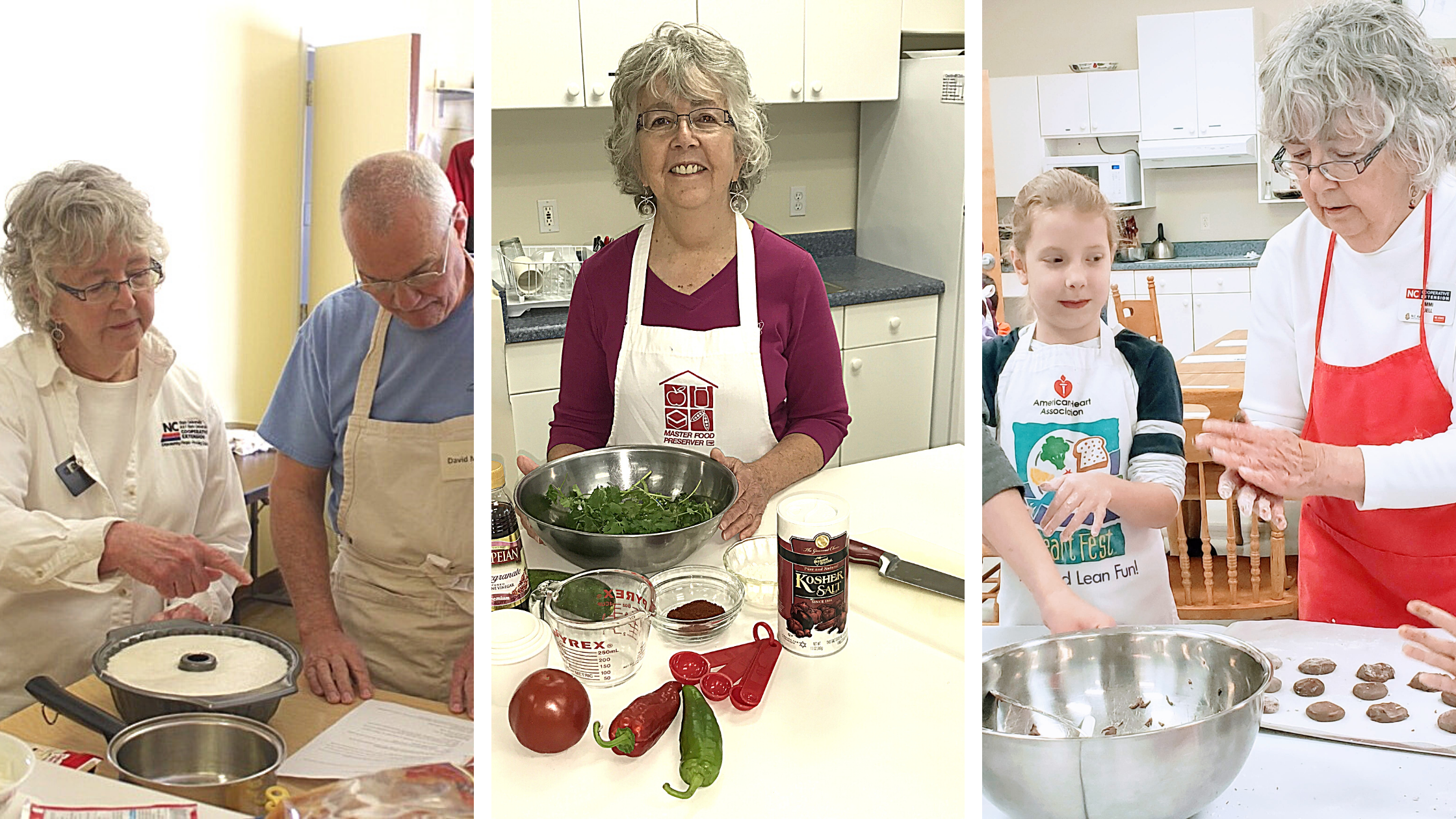 A Late, But Great Start

When Jimmi Buell began as the Family and Consumer Science Agent for Polk County in 2008, she was simply continuing a career of health-focused education. It was a career path that kicked off after going back to school and completing her college degree in her early 40s. After over a decade in retail work, a lifelong interest in health and nutrition led Buell to pursue a Bachelor’s Degree in Nutrition and then a Masters in Health Education.

Her first position for North Carolina was as a health educator with the Department of Public Health in Jackson County. During her tenure there, Buell initiated a walking program called “Walking to Jerusalem” among nine of the churches in the Sylva area The goal of the program was to encourage members of the local church community to engage in physical activity by collaboratively walking the equivalent distance from Sylva to Jerusalem–6,313 miles.

Buell’s position with the Jackson County Health Department lasted 10 years, until grant funding for the position dried up. It was then that she learned of an opening with the N.C. Cooperative Extension of Polk County, where her passion for teaching others about nutrition and healthy living could continue to be utilized. When former County Extension Director John Vining hired her as the new Family and Consumer Sciences Agent for the center, Buell’s day-to-day focus stayed much the same, although she was excited to have the opportunity to teach hands-on cooking classes in her new position.

“We were very fortunate to have Jimmi Buell involved with the local Family & Consumer program in Polk County. As soon as Jimmi moved here she got involved and became an active member of the community,” remembers Vining.

During her twelve years as FCS Agent for Polk County, Buell has taught a multitude of health and nutrition classes, focusing on everything from the Mediterranean Diet to canning and preserving. But by far, her favorite event of each year has been to lead an eight-week Men’s Cooking Class. For these men, often retired and sometimes recently widowed, the class provided an entry opportunity into the mysterious realm of their home kitchen.

“It didn’t matter how many times I reminded them to read the recipe at least three times before starting to cook, Buell recalled. “Every year there would be a cooking ‘disaster’ that happened when they forgot a step or used the wrong ingredient. We always had a great time, though, because cooking is the one activity where you at least get to eat your mistakes!”

Next Chapter for Jimmi

In addition to her daily work with individuals in the county, Buell has been part of many community-wide initiatives as well such as the Polk County Health and Wellness Coalition, the Highwood Apartments board, and programs for the Meeting Place Senior Center. She is also incredibly active with the Tryon Arts and Crafts School, where she serves on the board and takes frequent classes related to a personal hobby: making jewelry. Buell is eager to put even more of her energies into making and selling her one-of-a-kind jewelry pieces with the newfound time that retirement offers.

Current Polk County Extension Director Scott Welborn believes that our area has benefitted tremendously from Buell’s years in her position as Family and Consumer Sciences agent. “Jimmi has been a superb extension agent for many years and we will certainly miss her programs as well as her humor in the office,” he says. “She has earned this retirement and I wish her nothing but the best!”

We also have a few other email lists you can subscribe to.